At the beginning of January my Nanny Family and I  flew 7 hours from Dubai to Copenhagen, Denmark. We had 24 hours there and were leaving the next morning for a flight to London. So, with an exhausted toddler and the afternoon closing in on us, I put my NK down for a short nap, before we went out on a little walk down the streets of Copenhagen. I had never been to Denmark before and in the short time we were there, I found it quite beautiful, even in the cold. It seems the city is well known for tall terrace block buildings painted in white and some streets, painted in rainbow colours. There are many museums that look amazing from the outside so I can only imagine they are amazing on the inside too. I had been told before we came, that Copenhagen is known as the ‘black city’ and that everyone wears the colour black. That definitely was true, everyone I saw was wearing black! Although I did not get much time to explore Denmark, it was nice to be there and learn a few things about the country I didn’t know before. Three fun facts I learnt:

We flew to the UK the next morning and once at the hotel, I  went straight out with my NK. Getting through those last few hours of the day before bedtime is always a struggle, after a time-zone change. Staying busy helps, as the time then goes quicker. (See my Jet lag Article for tips on helping defeat jet lag with children)

Over the next 3 days in London we did many fun things, one of them was London Zoo. This was my Nanny babes first time at the zoo, he loved seeing the animals. My NK was at a good age as he could walk and explore himself, rather than being pushed in a stroller all day. Other than the usual animals, London zoo had an animal that many zoo visitors wouldn’t have seen before, the Okapi. It looks like it’s crossed between a deer and zebra, but it is actually cousins with the Giraffe. I definitely recommend anyone who visits London zoo, to go and find the Okapi.

While we were in London, I had some time off which was so nice as I got to spend the time with my partner. The Lumiere light festival was on, which only happens once a year, so we walked the streets in the evening, viewing some of the 50 light displays. There were many street entertainers out as well, which was fun to watch. Some of the light displays were projected onto buildings and others were actual structures that hung in trees or suspended off buildings. My favourite was the butterflies, they turned on a scaffold structure 360 degrees and were lit up purple and orange.

We also visited the National history museum, as they had a special whale exhibition on. This was a great activity to do in the day, to get out of the rain. It was the weekend and so the museum was packed full of people. I would recommend seeing it in the week where it is less busy, but we managed to see everything we wanted too, so that was lucky. This museum is definitely a perfect place for children, there was so many interactive and hands on exhibits that children could touch and play with. Plus, it is FREE entry!

We continued our travels onto Paris by Euro star, which was also a new experience for me. It was much quicker than flying, if you add on the amount of time you spend in the airports before and after your flight. This was another city I’d never been to before, so I was excited to be there. I walked the Champs Elysee all the way to the Arc de Triomphe and then to the Trocadero, which I discovered was an amazing place to view the Eiffel tower from. The Trocadero is so touristy, but if you get there early before the crowds, it is a great photo opportunity.  One evening I was out around 6pm and to my surprise all the sparkly lights came on the Eiffel tower, this was really special. Later I learnt it sparkles every hour in the evening. While we were here, I also got to see my twin best-friends who I went to school with , they happened to be in Paris the same time as me. We caught up and explored Paris together. I had always wanted to see the Mona-Lisa painting in real life, so on the last day I visited the Louvre museum which was incredible and got to tick that off my list before we left.

Our next stop was the snowy mountains! We took a 2-hour train journey to Lyon airport, where we then got picked up by helicopter, which flew us 1 hour across the countryside and into the mountains. This was incredible, the views we had were simply stunning.  Once we landed at our final destination Courchevel 1850, the pilot told us they had got 3 metres of snow, over the last few days so we had arrived at the perfect time.

First full day, I had my NK while his parents skied. So, I took him sledding and into town. Babies always look so cute all wrapped up in winter gear and a fur hood, he looked like a little Eskimo. In Courchevel town there is a carousel for children and a horse and carriage that you can take rides in. My NK loved seeing the winter horses, watching them eat and jingle the bells around their necks. I was surprised how well my NK took to the snow, he was happy to be outside in the cold, a lot of children I have cared for at his age haven’t enjoyed the snow, but he did so that was a bonus. In the late afternoon I had some time off and got a few ski runs in before dark. I love skiing, I love the mountains and going out in the late afternoon or early morning is always great as it is less busy.  I got to ski the next morning also, as my NF went into town. I got to practice some more skiing techniques and went down a couple of black runs, I always love pushing myself and feeling like I am getting better and progressing. In Courchevel there is a proper sledding track, going from 1850 to 1550 which is another town. I went so fast the breaks on the sled didn’t stop me, so I had to stick my feet out which caused all the snow to fly into my face. I did catapult out of my sled at least twice and got a huge bruise on my bum but it was so worth it.

Something we did as a family was Husky sledding, another one of my bucket list items. It was beautiful to see how the dogs work in the winter and how much they love the snow, they were rolling in it and eating it. I got to sit in a huge sled and 7 dogs pulled me along for the ride. The man on the back of the sled commanded the dogs in French, all 7 dogs listened and knew when to stop and go. Our stay in the mountains really was amazing and two fun facts I learnt there were:

We left the mountains after 5 days and travelled to Geneva, Switzerland to catch our flight back to Dubai. I feel so lucky to be able to have these opportunities and explore parts of the world doing the job I love. Always so grateful to the special families I have worked for. 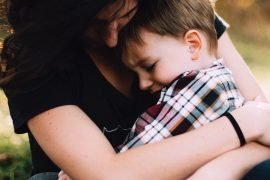 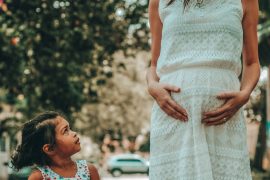 Mommy’s Having A Baby 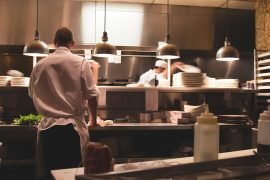 Successful Tips when Working in a Staffed Household