If you like flowers then you will like this. This is definitely the most beautiful garden I have ever seen, flowers everywhere. Dubai change the theme of this garden every year and I visited while they have the A380 Emirates plane structure, which currently holds the Guinness world record title for the largest flower arrangement, which covers the entire plane. It is pretty spectacular, it even has turning propellers at the engines.

Cute gnome houses covered in flowers are beautiful and when I climbed to the top of the viewing platform, I could look down on the whole garden and see that a lot of the structures were made to look like the tops of castles, it is such a princess world!

Considering the number of flowers that are here, the up keep of them must be crazy but I didn’t see any dead flowers or dying ones which, I would have expected. So nice to see it is kept so clean and tidy.

It was a warm day and I was there around lunchtime, so once I had a good look around I went and found a swinging chair to sit on and just watched the world go by. It was so peaceful, there are so many places to sit amongst the flowers. You aren’t allowed to take food or drinks into the garden as they have food carts and small shops placed around the outside of the garden paths for you to enjoy. I tried my first Arabic Shawarma here! It is kind of like a kebab, but with a few different ingredient’s, I had chicken in my pitta bread pocket, and it also had pickles and a yoghurt sauce. It was so yummy!

Another few of my favourite pieces at the Miracle garden would have to be the giant teddy bear made out of flowers and greenery. Also the swans that lined each side of the main entrance path. It definitely is a beautiful place to spend the morning or afternoon and the entrance fee only 45 durum. (Around £9)
If you are planning on visiting Dubai, be sure to put this attraction on your bucket lists. However, time your arrival right, because the garden is only open during the winter months. It is closed for 6 months of summer as it is far to hot!

Also, don’t forget to try an Arabic Shawarma while you’re there! 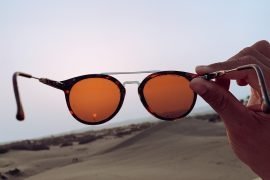 What it was like to holiday during the global pandemic 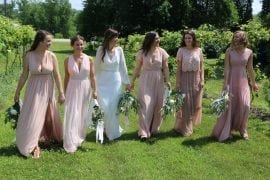 A WEDDING OVER THE POND 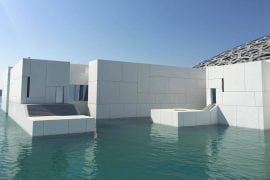